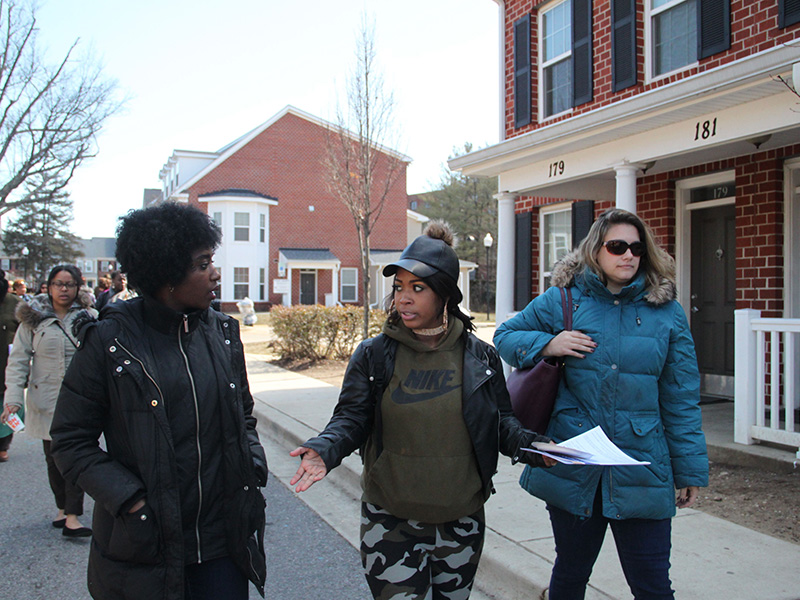 Growing up in Wilmington’s Riverside neighborhood, Acora Helm remembers walking to the store by herself as a 6-year-old and going to her aunt’s barbecues.

“The whole neighborhood would come,” she said. “Everybody was like family.”

Now, two decades later and raising three children in one of Riverside’s public housing units, she can’t imagine letting her kids play outside in the summer unless she’s sitting on the front steps to watch them. There are fewer neighborhood events, too, she said.

“We can’t do that stuff without fights and violence,” she said. 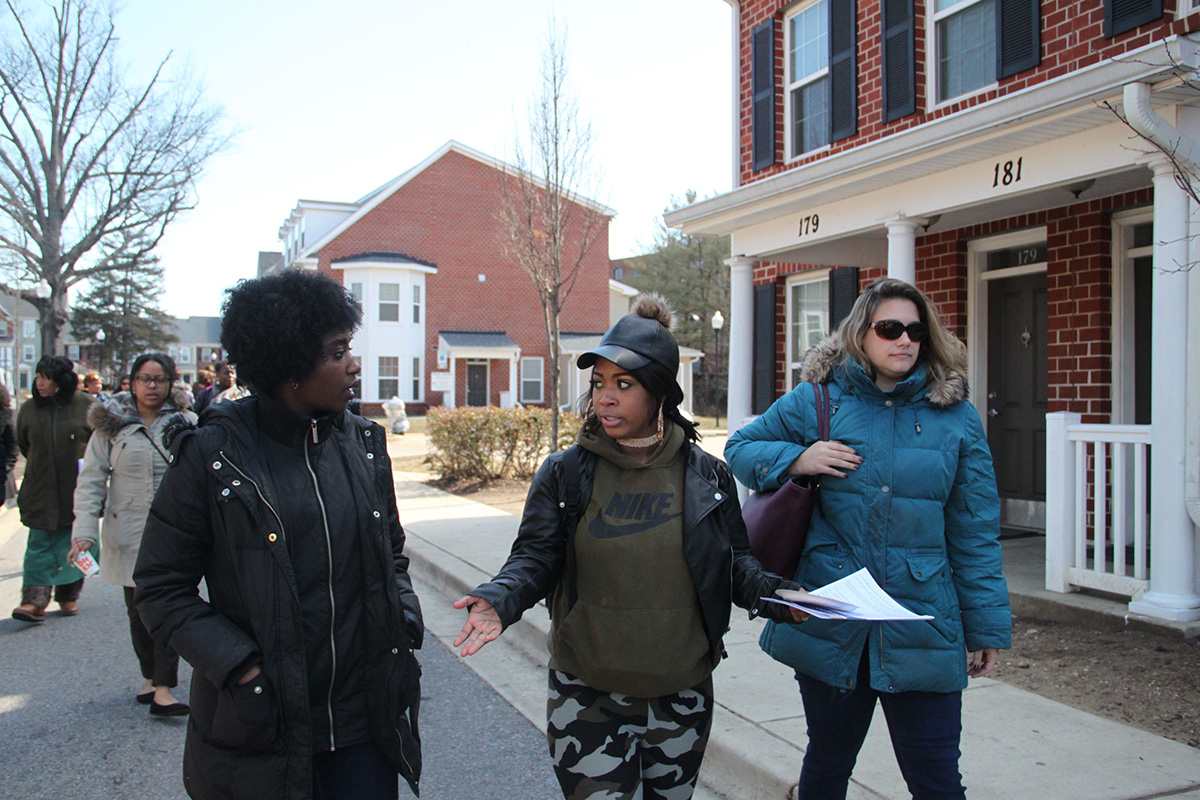 Acora Helm, center, talks with nonprofit employees involved in the Riverside redevelopment as she tours an Annapolis housing development that could serve as inspiration for the Riverside complex. (Photo: Jeanne Kuang/The News Journal)

When local officials and nonprofit leaders announced plans in November for a comprehensive redevelopment of the Riverside neighborhood, Helm got excited at the prospect of hundreds of new housing units built where the current aging housing project now stands.

She and other Riverside residents got a glimpse of what it could look like last week when the project’s developers took them on a tour of a redeveloped public housing project in Annapolis. Obery Court was redeveloped between 2008 and 2016.

They walked through wide, quiet, tree-lined streets of bright white and red brick townhomes. They admired the closet space in a sample house, the new appliances and installed laundry machines.

Signs in the neighborhood pointed to a community center, which includes services like health classes and financial advice and to playgrounds built just for the project.

The Wilmington project, which also includes a revamped Kingswood Community Center and the addition of high school to the EastSide Charter School, will be built in phases over the next decade. The master plan is still being drawn up.

When construction starts next year, some of the residents may be relocated, either to other public housing units or to private apartments using Section 8 vouchers. 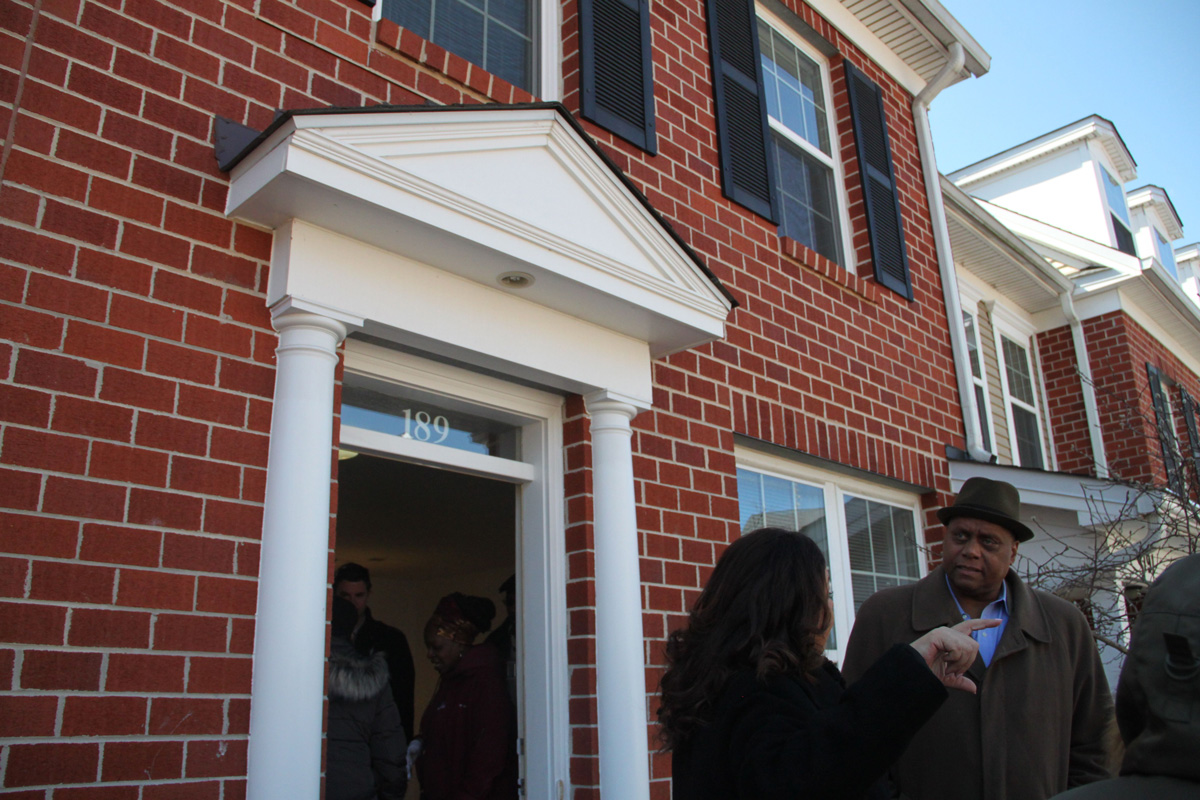 Wilmington Housing Authority Director John Hill said those plans have not yet been finalized.

The intent of the project is to offer all current tenants the chance to return to a new unit, as long as their income level still qualifies them for public housing. Some of those new units will be market-rate, and some will be sold to homeowners.

Residents on the tour said they were hopeful for their neighborhood, but not all were certain they would stay for the new houses.

Jalisa White, who has lived in the housing project for eight years, said she has not yet decided whether she will move into a new Riverside house.

“My first thought was to take a Section 8 voucher and get out of here,” she said. “Like, Riverside is gonna be Riverside.”

The Riverside redevelopment plan is borrowing from the strategy of a national community development nonprofit, Purpose Built Communities, to break up concentrated poverty with mixed-income housing and comprehensive health and youth services.

White sees potential in that. She wants the neighborhood to be more diverse, a place where her 10-year-old daughter can grow up around people of different cultures and races.

But she had fears too. Would she be able to relate to new neighbors who move in, especially those buying houses or renting market-rate units?

Despite her complaints about crime and what she believes to be a lack of activities for youth in the neighborhood, White said she’s put in some roots in Riverside and developed relationships with other families. 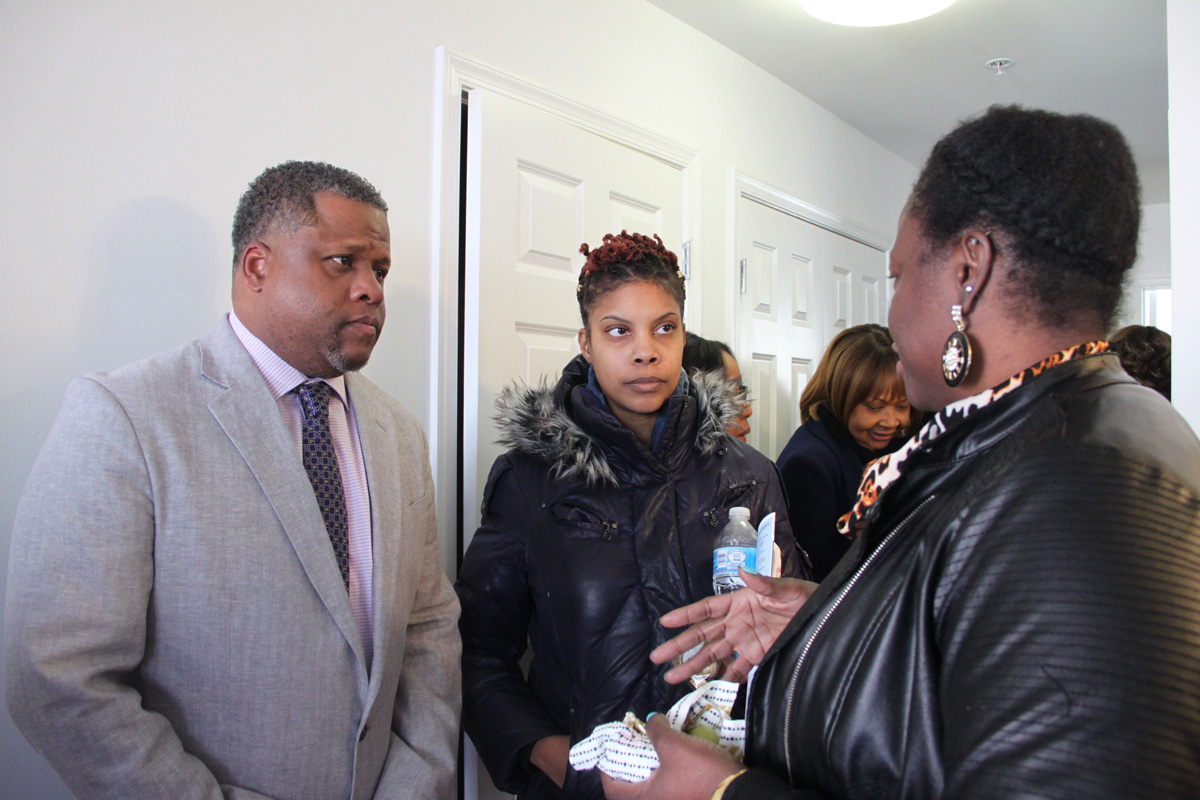 Jalisa White, left, listens to a fellow Riverside public housing resident during a tour of an Annapolis housing development. Similar housing plans could be used in a comprehensive revitalization of the Riverside neighborhood. (Photo: Jeanne Kuang/The News Journal)

When she heard in Annapolis that residents underwent new criminal background checks before being allowed to move back into the new development, she thought of some of her neighbors whose family members had records.

“I feel like some of the families aren’t going to come back here, the ones I’ve built relationships with,” she said. “It’s going to be different.”

Others were hopeful to be part of the new development.

Latoya Crumpler said she’s trying to get herself and her four kids transferred out of the current Riverside project since she was robbed two blocks from home.

But looking at the Annapolis development’s clean streets and tidy townhomes outfitted with security cameras, she said she would move back to a redeveloped Riverside.

Ronald Deaton, who said he’s lived “on and off” in Riverside since 1989, said the same.

The 71-year-old worked on landscaping during the redevelopment of the nearby East Lake project about a decade ago, and he said the Riverside project’s buildings are “outdated” with “room for improvement.” 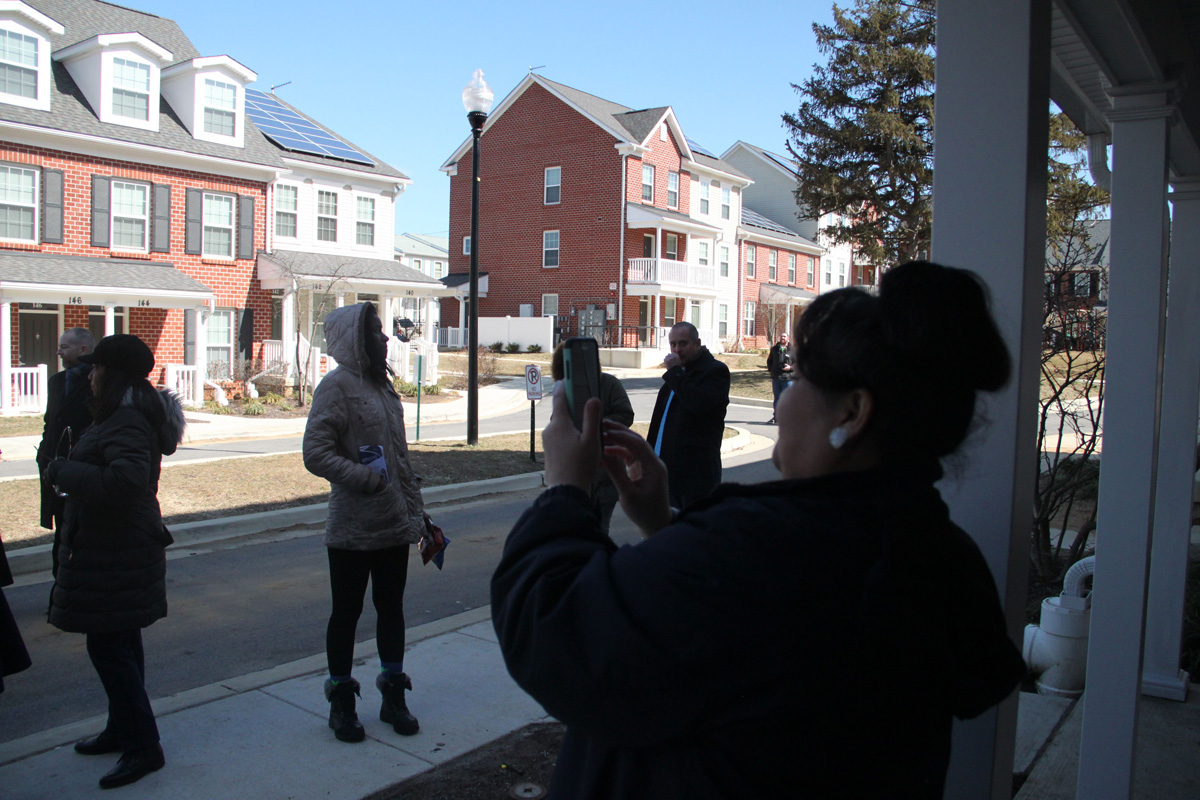 Sonia Paredes, right, a Riverside resident, takes pictures of an Annapolis housing development, a glimpse of what the Riverside public housing project could look like in the future (Photo: Jeanne Kuang/The News Journal)

He liked what he saw in Annapolis, and wants a new housing development in Wilmington to have room for flowers and green space.

Helm has her sights set on becoming a homeowner and buying one of the new houses.

“I’m still connected there,” she said of Riverside. “I want to have my kids grow up there, too.”

She said she was initially skeptical about how long the Riverside redevelopment would take, but she’s willing to wait for a house just like the ones she saw in Annapolis.

“If we get new houses, you really cherish it,” she said. “With the stuff getting old, it’s bringing people down. I want to be able to tell people, ‘I’m from here,’ and they look up pictures and see it’s a nice neighborhood.'”

Champions of Success St. Elizabeth School Honors COO, Kenyetta McCurdy-Byrd ENTER TO LEARN… LEAVE TO SERVE… Kenyetta McCurdy Byrd has taken these words to heart from her graduation night in June 1990 to her current position as Chief Operating Officer of Reach...

END_OF_DOCUMENT_TOKEN_TO_BE_REPLACED

A partner of Kingswood Community Center and The Warehouse